“Because you have so little faith.  I tell you the truth, if you have faith as small as a mustard seed, you can say to this mountain, ‘Move from here to there’ and it will move.  Nothing will be impossible for you.”    Matthew 17:20

Have you ever had a faith failure?  About a year ago I found out that Marathon Oil was going to put in a pipeline across our land and I became so upset, it made me sick.  A week later I came down with a terrible case of shingles that lasted for weeks.  I called it the worry disease because every time I would start to worry, it became worse and hurt more.

We were informed that we had no choice but to sign the papers agreeing for them to take a 100 foot right away because if we didn’t sign them, the land would be seized anyway.  They said they were willing to pay us for the value of the land.

But how could they know what the value of the land was worth to me?  To them it  was farm land and not worth very much. But what is the value of a tree that is more than 5 feet in diameter and probably more than 100 years old?

And how do you count the cost of wildflowers and daffodils that bloom in the woods every spring?

They were planning to go straight across our woods and creek  and their bulldozers would plow down all the beautiful shade trees as they went.

This was the place where our children had loved playing each summer.  They had floated in boats and inner-tubes, played imagination games on the rocks at pirate’s cove, made trails through the woods and swung on vines hanging from the trees. 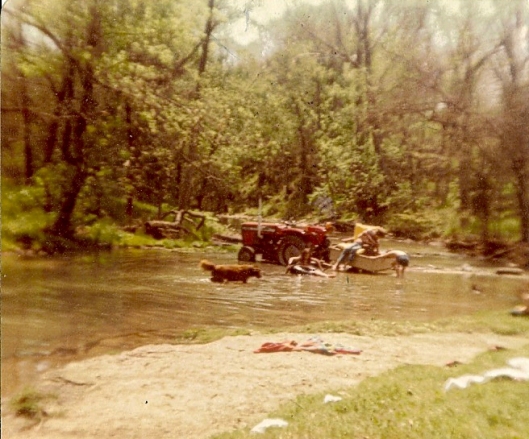 Under the big tree we had held Sunday School cookouts by the creek and in the meadow we played games and kickball with the children. 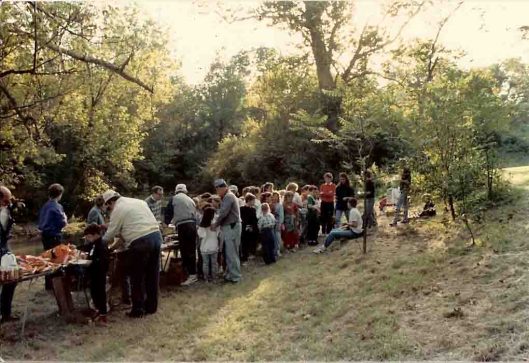 In the field the kids were also treated to hayrides. 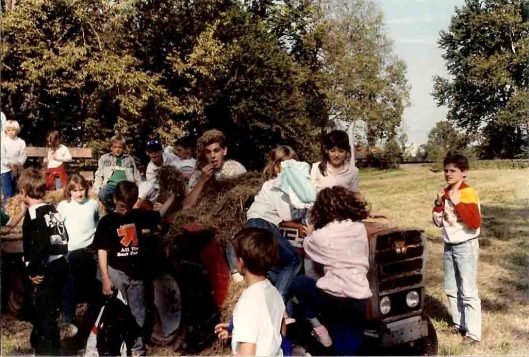 After we finished eating as the sun was setting, we made a big camp fire and roasted marshmallows making s’mores for dessert.

But even though we were informed we had no choice about allowing them to cross our land, what they didn’t figure on was the power of prayer!  When my mind finally quieted and I stopped asking “why Lord,” I began to pray.  I asked God to not let them cut down our trees and cross our land at our favorite spot for picnics and fun.  And each time I prayed I could almost audibly here my Lord say, “Just trust me, just trust me.”

“But the eyes of the LORD are on those who fear him, on those whose hope is in his unfailing love.”    Psalm 33:18